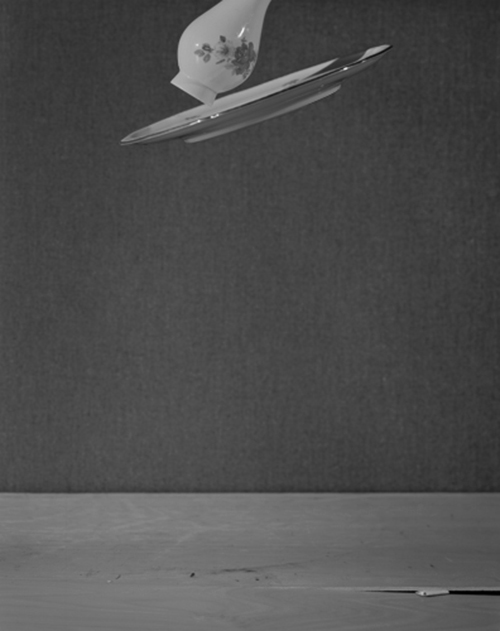 I remember my mother screaming the name she named me, smashing a vase to the hardwood floor, bleeding, stepping, telling me to look. This was the Sunday after my brother drowned and the day before my father picked up the bottle again. We found them the same way, facedown and swollen. My father had said, “Tell me, is it the same as murder to let me keep living?” My baby brother had said nothing.

That week, we clipped every mention of it from the paper. Mother thumb-tacked the articles to the bathroom wall. She soaked in our tub for three days and stared at their arrangement on the plaster. The water swirled dark with bent cigarette butts, expensive mascara, her own shit. Before pulling the drain, she scattered every piece of him. I peeled their black and white skins from the porcelain tub, tried to decipher the words left over. I read them aloud until they didn’t sound like words anymore. I let the facts dry on the windowsill, repeated them until they were someone else’s story.

I remember wishing for accidents. I remember my father’s thick and sorry voice saying, “You only see the truth when you see a disaster.” I started unlocking the doors at night. In the morning, I stared directly into the sun.

The day the vase came shattering, I dropped to the ground and helped gather the shards. We kept quiet on our knees as if we were praying. I felt myself bleed. I watched my mother crawl. We took our time, her body so perfect with those eyes made of ashes and fists full of glass. “Sweet girl,” she said. “You’re still not looking hard enough.”