Conveyor Editions
Top
Back to top
Reblog / Follow
Site
Books: Another Water, The River Thames for Example by Roni Horn 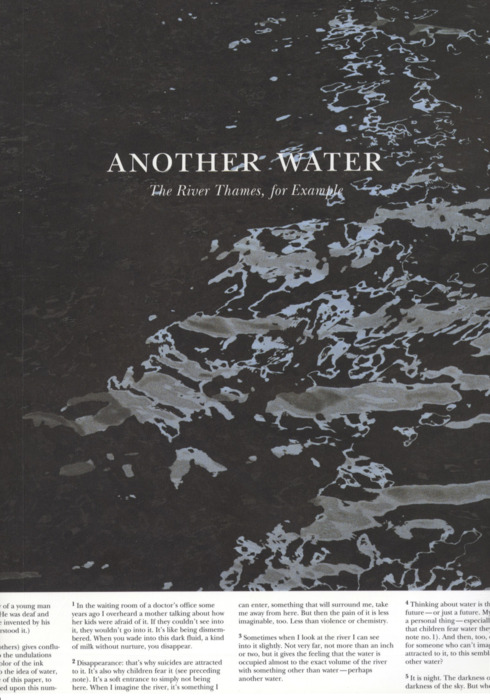 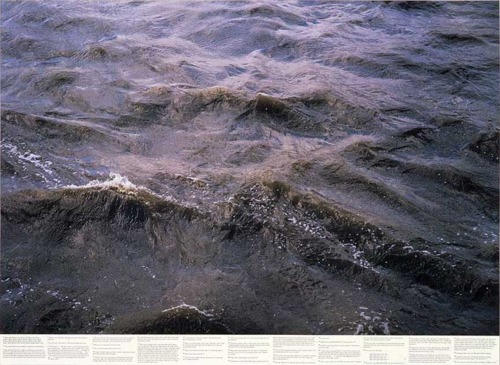 Steidl has just released Roni Horn’s new edition of Another Water, originally published in 2000. In the new edition, Steidl prints the photographs on the somehow luminously matte paper that Horn had originally envisioned using for the book.

The forty-seven full bleed, double-page spread images of the opaque surface of the Thames River call to mind raised relief maps. Along the bottom edge of these images are footnotes that reference poems (frequently by Emily Dickenson), novels, films, events that took place in or along the river and the artist’s own reflections. 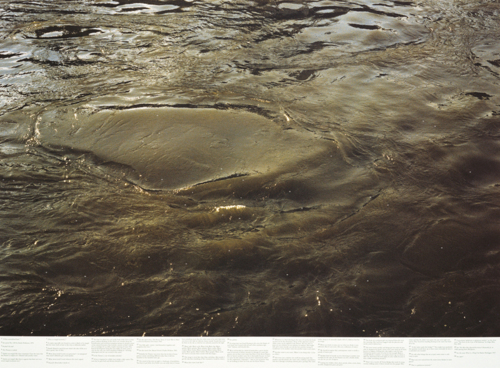 Interspersed among these spreads are “Dead Body Reports” from the logs of Scotland Yard that recount some of the many suicides that have taken place in the river. One describes a young actor who drowned himself. He had been chosen for the starring role of a play about Edgar Allan Poe.  Just before his suicide, he had spoken to the author of the play about dropping the part of Poe and replacing it with a role in which he would play himself.  This “Dead Body Reports” is quintessential Roni Horn; it hints that any one of us could be anyone else. Like the river, we have no fixed position.

I saw an earlier iteration of Horn’s work with the Thames, entitled Still Water, in “Roni Horn AKA Roni Horn” at the Whitney last year. The footnotes running along the bottom edges of those photographs corresponded to tiny white numbers scattered across the image, as if Horn were mapping the surface of the Thames with her thoughts. In Another Water, Horn’s footnotes remain numbered, but those numbers no longer correspond to any single place in the image.  There are no longer white numerals scattered across the waves of the river, and their absence makes for an even more fluid cartography.

Roni Horn is not the cartographer of Borges’ On Exactitude in Science, the man who, in a vain attempt to fix his empire in time, drew a map so precise that it covered the territory it depicted exactly. Horn maps water, paradoxically showing us the tension between the arrested time in maps, photographs or the written word and the flow of experienced time, the time we live (and die) in.