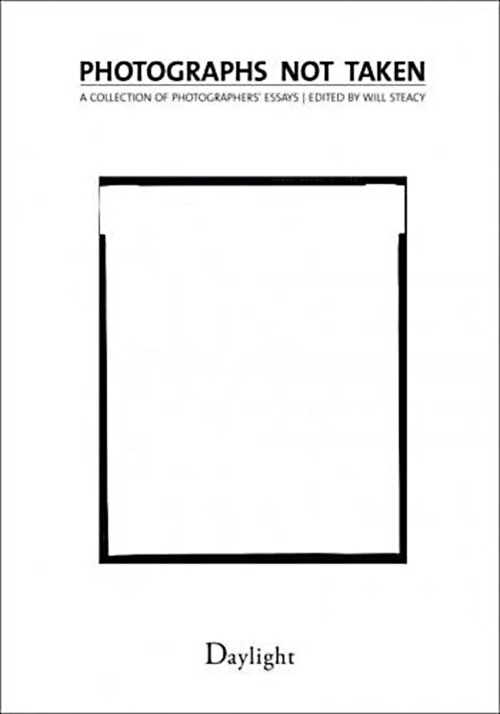 On assignment, Simon Roberts met Priscilla Dzengwe, a rape victim and AIDs patient dying in a clinic in Zimbabwe.  During their talk, a group of her friends arrived and began singing.  “The girls, including Priscilla, began to cry as they sang. For the first time in my career”, writes Roberts, “I felt physically unable to take a photograph.”

Photographs Not Taken is an unillustrated collection of essays by photographers about the pictures they were unable to take.  Each image-maker was asked to describe the circumstances surrounding “moments that never became pictures.”  Their responses include stories of technical difficulties, missed opportunities and ethical dilemmas.

While the book is centered on the idea of the lost moment, it contains accounts, like Simon Roberts’s, wherein the choice to photograph would have meant loosing the moment.