Conveyor is a print publication that traverses the junction of photography, philosophy, and the metaphysical. Within each issue, images and ideas surrounding a chosen theme come together in a series of interviews, articles, and essays by contributors who strive to bring new ideas on photography to light. Here, you'll find some of our musings...

Cohorts in both life and art, the Swedish photographers Inka and Niclas have spent the past four years creating an enigmatic world of visual wonderment. Working as a unified force, they’ve drawn inspiration from a multitude of adventure and experiential practice. 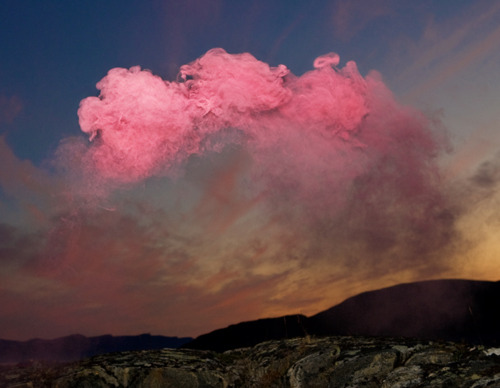 Whether living in small house on Mt Kilimanjaro for three months, or chasing the midnight sun in Norway, Inka and Niclas’s images illustrate the natural world as a capricious and mythical place of observation. 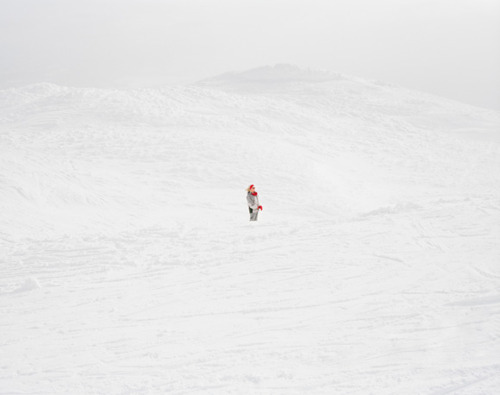 In their most recent endeavors, Watching Humans Watching and Saga, both series explore the thematics of nature, and our experience verses expectation. Photographed sometimes at the same exact location, a hyper-realistic world parallels the adorned landscapes Inka and Niclas invent. 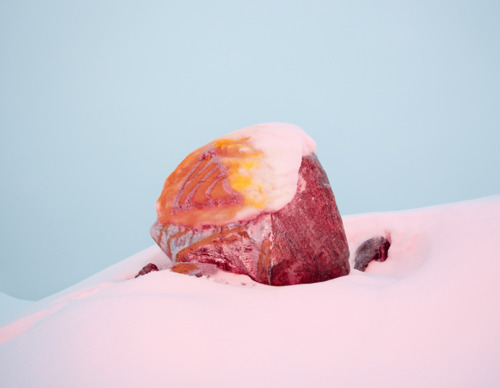 Saga, which translates to “myth” in Swedish, explores Inka and Niclas’s interest in the attracting force of the Nordic sun, and the supernatural colors it produces throughout the summer months. People flock from all over the world to revel in its inherent beauty, which Inka and Niclas have heightened tenfold. 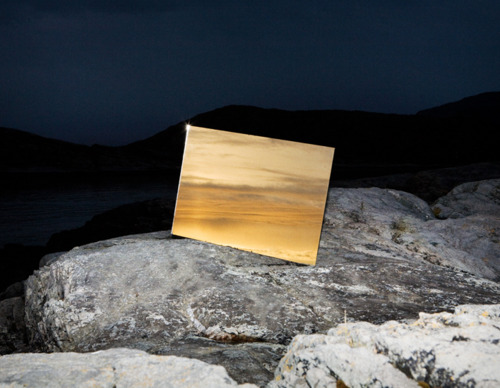 Utilizing flash, spray cans, reflective mirrors, and smoke, they tracked the sunset every other night for two months. Embellishing on an already extraordinary landscape, the added construction of Inka and Niclas exceeds reality in its depiction of iconic nature. 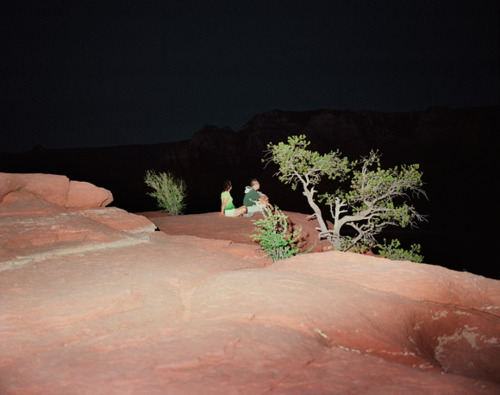 While Saga deals more with the mystical aura surrounding the notion of nature, Watching Humans Watching looks more at our expectation of such landscapes, and how we interact with them. 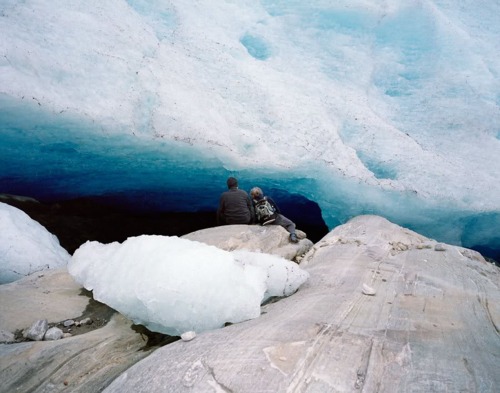 In the vein of Martin Parr, Watching Humans Watching, is a study in human behaviors. Inka and Niclas’s construction of each image relies on both happenstance and diligent preparation in its execution. 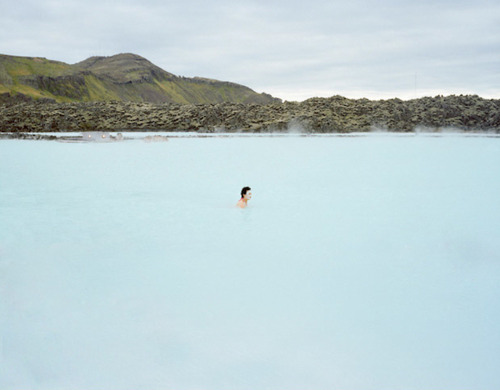 Interested in seemingly predetermined patterns, and colors that mirrored the surroundings, Inka and Niclas would wait hours for the right unified moment. Responding specifically to the schematics of alignment and light, the scene is only captured when all variables are unified. 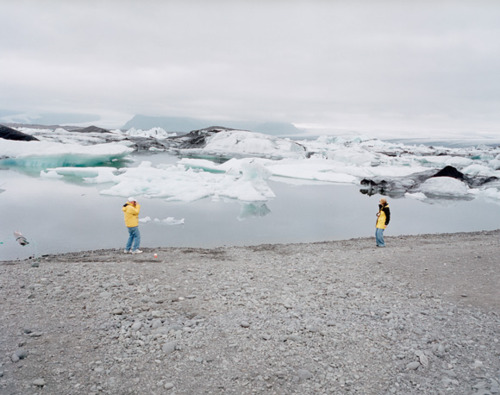 They approach their subjects the same way a nature photographer might appy when tracking and photographing an elusive deer. Like statues, each figure seems delicately placed and captured within the landscape. 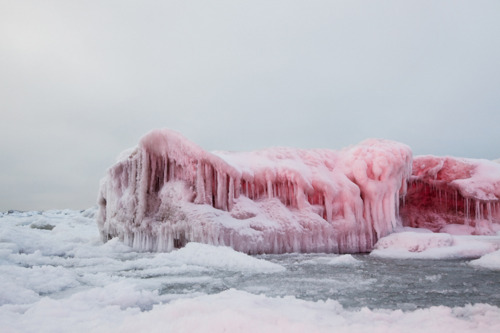 In both series, Inka and Niclas present an adaptation of reality, that is authentically composed, yet fantastical. It is an inherent labor of love and devotion. 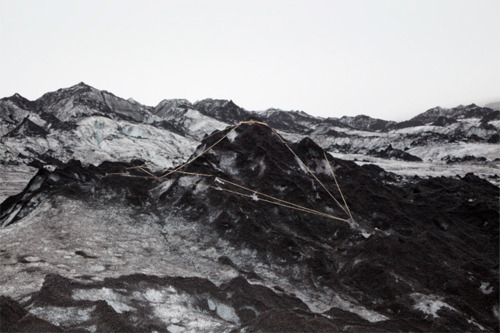 Both of these series are part of a feature in a book available from art publishers Kehrerverlag called Watching Humans Watching. 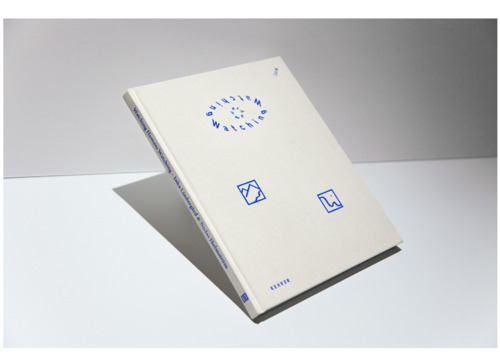 Inka Lindergård was born 1985 in Finland and Niclas Holmström was born 1984 in Sweden. They have lived and worked together in Stockholm, Sweden, since 2007. With numerous shows and publications under there belt, they had a solo exhibition in 2011 at Swedish Photography Gallery, as well as a upcoming solo at Green in Gold Gallery, Denmark, 2013. 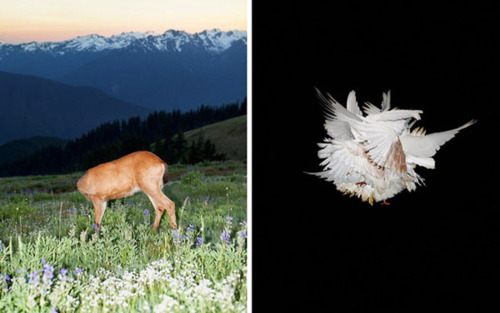 To see more of Inka and Niclas go here: {www.inkaandniclas.com}