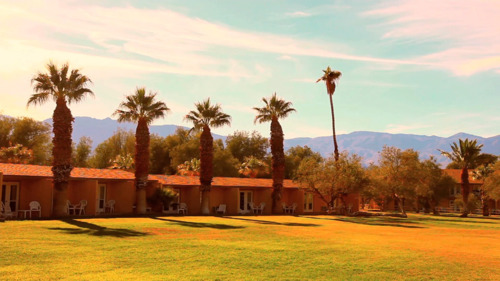 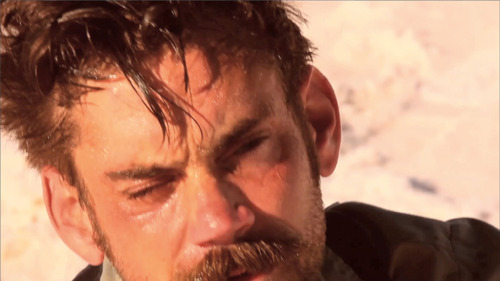 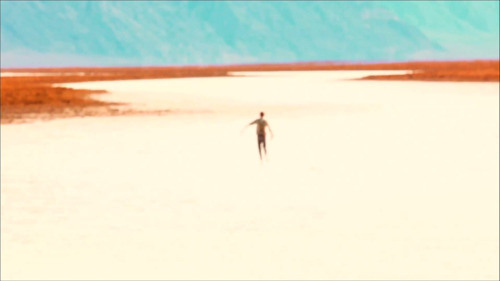 Happenings: The Crystal Chain at INVISIBLE-EXPORTS 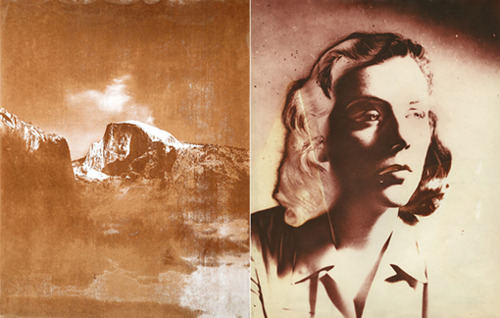 The Crystal Chain, an exhibition curated by Matthew Porter and Hannah Whitaker, will be opening at INVISIBLE-EXPORTS today with a reception from 6 to 8pm. This lovely group exhibition is running in conjunction with Porter’s and Whitaker’s edit of the upcoming issue of Blind Spot, which will be on the stands in May. 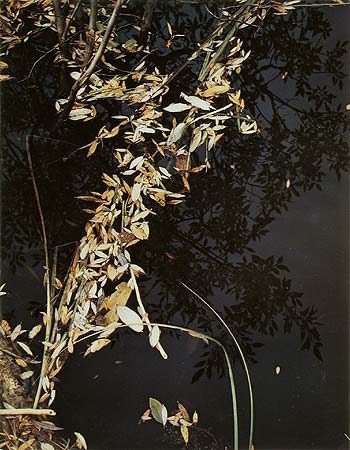 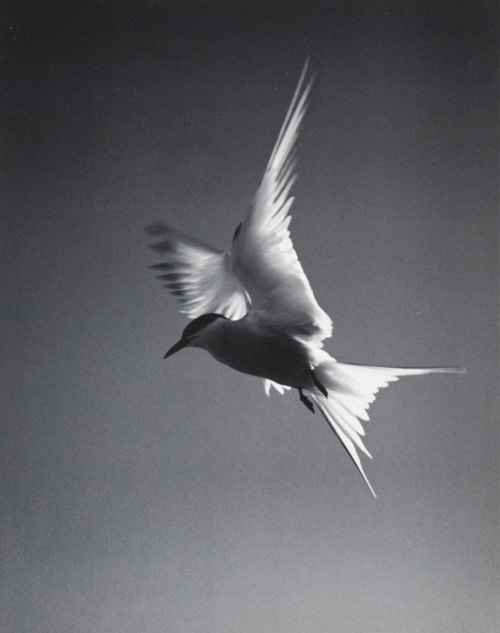 Described by the curators as “summits of accumulation,” the works included in the show are haunting and illusive and yet deeply physical and associative, too. The degrees of separation between the photographs - often subtle and slippery - create a sense of undeniable longing more than a firm grasp of the linkages. Here’s just one example of the wonderfully complex stylistic and personal connections (from the press release): “Breitenbach photographed Bertolt Brecht, who figures in the work of Gerard Byrne, who is friends with Joachim Koester and shares an interest in the restaged trials with Boru O’Brien O’Connell.” This chain of shared histories and interests forms a bond not unlike the fleeting and residual nature of photography itself - moments are solidified and collected from idiosyncratic and evanescent events which nonetheless leave marks on all of us. 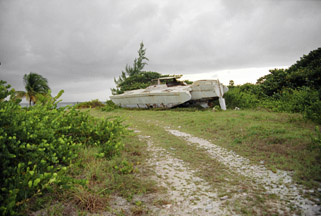 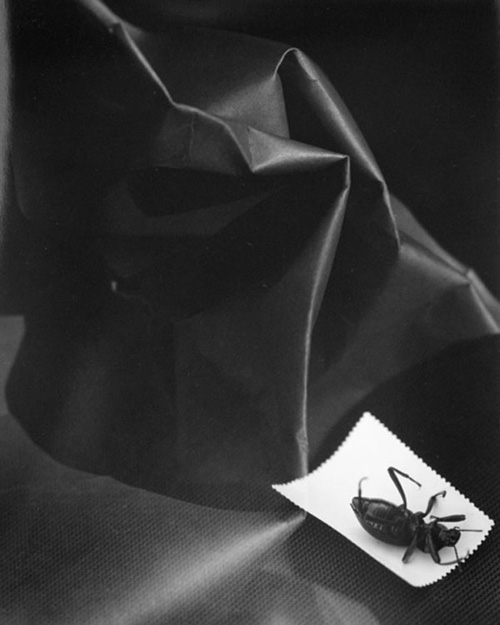 For those who can’t wait for the print version (and who could blame you - it’s an achingly beautiful collection of images), stop by this sneak peak of Blind Spot’s Issue 45 before May 6.

Conveyor Editor, Chelsey Morell, speaks with artist Christian Nold and researcher Bryan Denny, to learn more about emotional mapping and how it could potentially be used to understand a place.

Along with a group of media artists, psychogeographers, and cultural researchers, artist and designer Christian Nold has developed a set of emotional road maps for cities around the globe—San Francisco, Greenwich, Westminster, Paris, Rio, among others—with the aim of creating a type of socially-engaged art he calls Emotional Cartography. These maps are conjured into existence with the help of a modified GPS/GSR monitor (for measuring global position and arousal) strapped to a group of about 80 willing wanderers. The device tracks their emotional reactions along each of their routes as they pass landmarks, ex-lovers’ houses, cafes, traffic signals, and seas of other people. 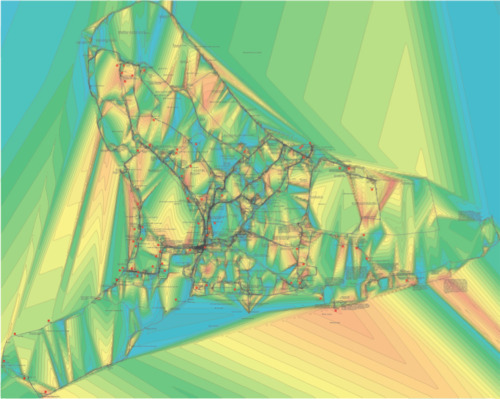 Embedded within these emotional maps a quiet dance takes place between the most minute and transitory of one’s inner life and the outer limits of our world. As Nold himself has pointed out, through these mapping exercises “the participants are linking together the personal and intimate with the outer space of satellites orbiting around the Earth.” Beyond these spacial feats, Nold is acutely aware of other crucial questions. “Can we really blend together our emotions and experiences to construct a totally shared vision of place?”

Recently, I caught up with Bryan Denny, a researcher in Columbia University’s Social Cognitive Affective Neuroscience (SCAN) Lab, to talk about some of the implications of Nold’s project from a scientific perspective. We spoke at length about where exactly Nold’s Emotional Cartography project sits. What borders does it cross between art and science? In what circumstances could this somewhat soft or subjective representation of data be helpful or revelatory. Although Denny believes that decoding the specifics of an individual’s brain response is more complex than Nold puts forth, he admits that it certainly would be useful, assuming we could disentangle the true emotional signal from the data’s noise. “Receiving information,” he says, “about our brain’s physiognomy in real time could provide us greater ability to control the arousal that we feel in a given situation. It might suggest which route to work is most stress-free, or in which restaurant one feels the least aroused—if this isn’t readily apparent experientially.” 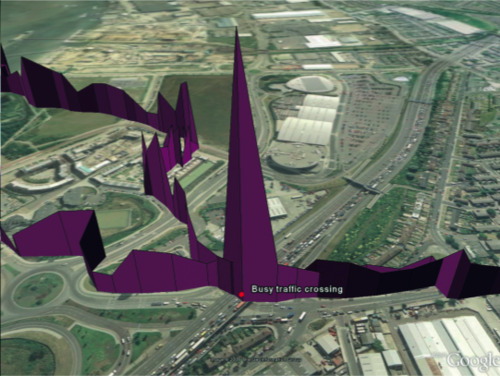 For people with alexithymia, a condition that makes it difficult to express one’s psychological state, it does take that extra push in order to describe the emotions that might bubble up after passing an ex’s house or a stunning view. In this case, Nold’s GPS/GSR monitors may help them to identify and avoid or revisit these emotions and express them to others where they wouldn’t have been able to before.

Denny was generally excited about the prospects of seeing real-time brain responses outside of a lab setting, but he also expressed some concern about the darker side of emotion monitoring. “As our ability to infer psychological phenomena becomes more sophisticated,” he warns, “the importance of protecting ‘thought privacy’ will become more urgent.” Knowing which areas of Paris provoke the highest arousal might indeed be useful if you’re planning a romantic getaway, but, just as there are perks, there could be some equally awkward drawbacks if your jogging partner is able to see your brain activity spike as you pass a secret rendezvous point or that spot in the playground where someone beat you up in the 5th grade. Just think of all the trouble it would cause for someone like Don Draper. 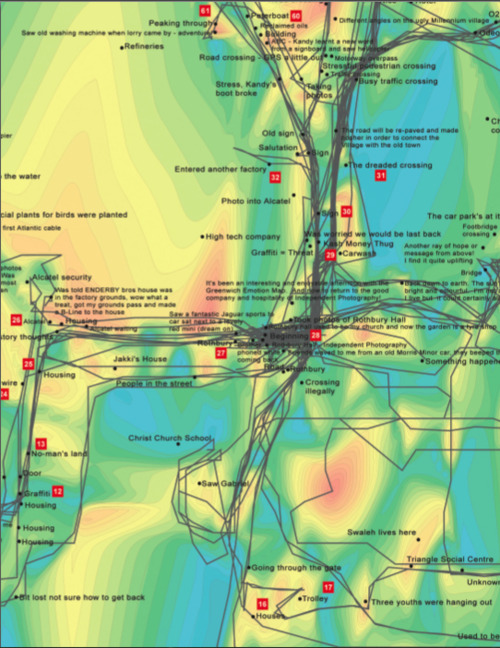 To see more about Emotional Cartography, or to buy an emotion map of one of the cities mentioned above, visit: http://emotionmap.net/map.htm

For more information on the SCAN Lab or to participate in one of their groundbreaking studies on emotion regulation, you can find them here: http://www.scan.psych.columbia.edu/home.html