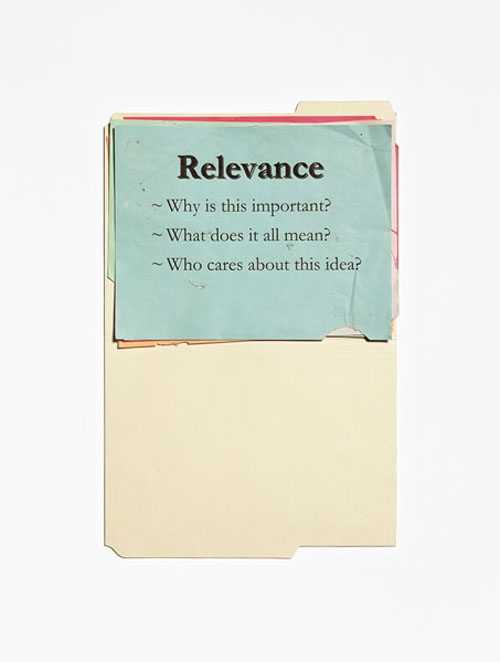 Anne Collier’s work has been called deductive and deadpan, words as cutting as the experience a viewer might have had upon initial contact with her pieces.  However, taking a closer look, one feels connected to the privacy of her inner dialogue. We see the unveiling of potentially autobiographical notes, a photograph of her own eye trapped by a page’s constraining frame and what may be the artist’s hands holding an open book that reveals an image of the cosmos. 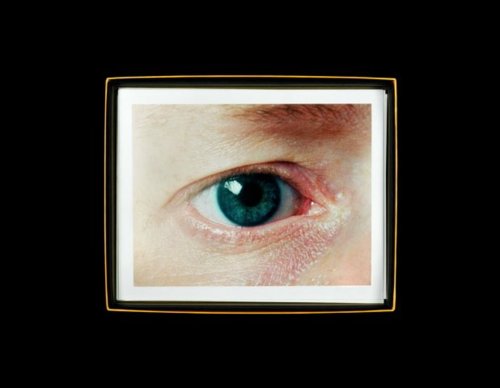 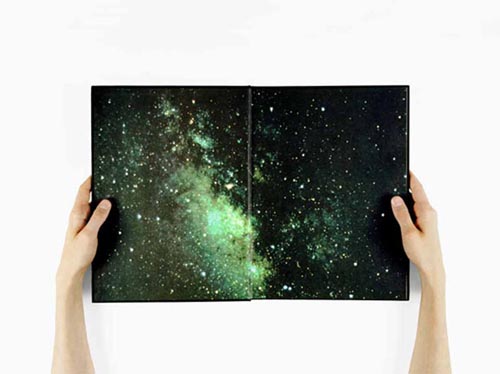 Anne Collier was born in Los Angeles and currently works in New York City.  She has participated in the 2006 Whitney Biennial and has exhibited internationally with several galleries, including Murray Guy, Lewis Glucksman Gallery, Cork, and Galerie Rodolphe Janssen in Brussels.  Currently she is exhibiting new work at Corvi Mora in London, UK. 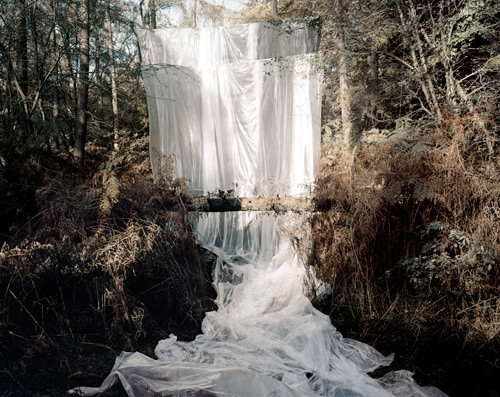 The shifting space between reality and fantasy, nature and intervention, playfulness and tragedy, is where Noemie Goudal’s fantastical images live. 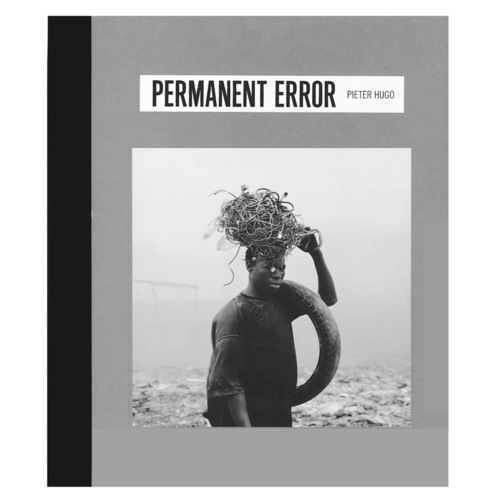 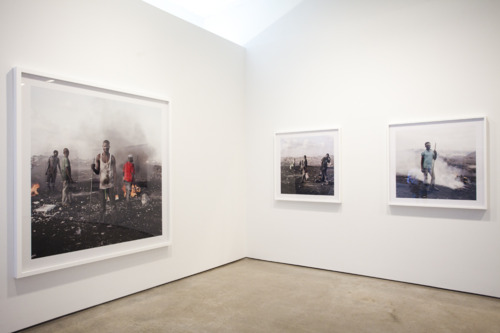 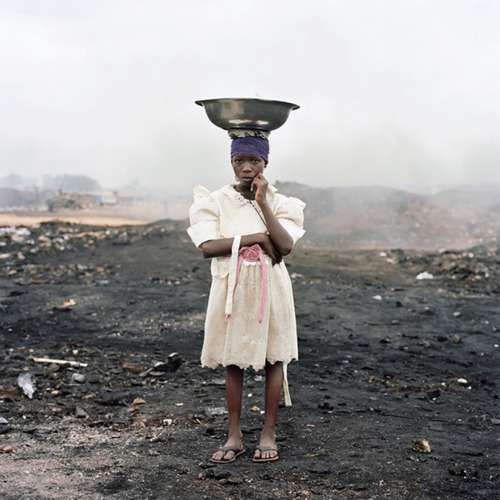 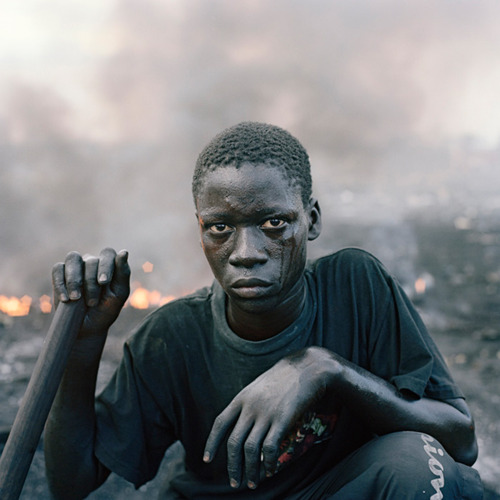 To kick off our interview series on the blog, we dug into our archives to bring you excerpts from an interview with Penelope Umbrico featured in the print version of Conveyor Magazine, Issue No 1.

In March, Penelope Umbrico invited Conveyor Magazine editors Christina Labey and Elizabeth Bick to her Downtown Brooklyn studio as a continuation of the conversations held at The Photographic Universe conference at Parsons, The New School. Penelope’s ideas resonated throughout the conference. The presentation of her work sparked dynamic conversations on the significance of the increasing global accessibility of Internet snapshot archives to photographic theory. In the following interview, we talk with Penelope about the future of her Suns from Flickr Project, the status of the appropriated digital image, and the investigation of a uniquely digital sublime.

CM: Your work embraces the overwhelming amounts of images on the Internet. Why did you choose, from everything out there, to focus on images of the sun?

PU: To begin with, I was simply struck by the amount of pictures of sunsets. I was thinking about the fact the sun is actually out there, so far away, warm and so on. What was interesting was how we take that thing [the sun] and subsume it to this electronic space. That to me was really poetic. I started to look at the images and think about how they are all the same, how I could comment on that sameness. Of course, we only have one sun but if millions of people are taking pictures of it, then we have millions of suns.

CM: If the sun is always there, why do we feel compelled to photograph it?

PU: Exactly, as if to own it. If there is an element of awe and worship toward the sun, is photographing it taking control of it? And what does it say that we all participate. Oddly the question of authorship gets tangled up here – it’s lovely and poetic to engage in an activity that virtually everyone does – and in the process make photographs that follow a very defined script. It’s another, entirely, to claim individuality or subjectivity with these photographs. 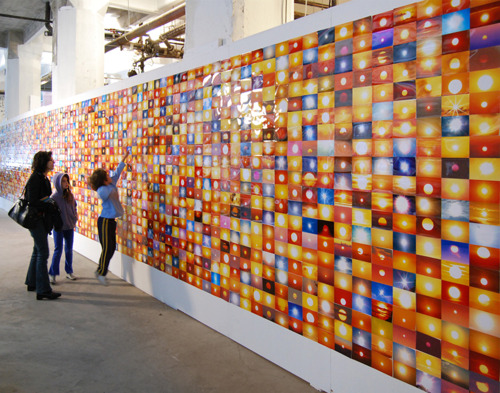 CM: The way the Suns from Flickr project has taken on this new dimension is fascinating. You are finding images all over the Internet of people posing for pictures in front of the sun installations, which lends itself to one of the concerns of your work: the proliferation of suns. Were you anticipating this?

PU: It took me by surprise that this was happening. I now have a collection of these images of people posing in front of my installations as though they are in front of an actual sunset. I am collecting the ones where the subject is looking straight into the camera and as I start showing these images alongside the installation, hopefully it will encourage more of these photographs.

CM: From the outside your practice seems very digitally based, however, sitting here in your studio I can see how much you respond to the tactile and physical nature of photography. You have stacks of photographs and work tacked up on all the walls. I think it’s really interesting how you still seem very committed to the tactile process of the printed photograph.

PU: At the conference, Tina Barney asked James Welling if he ever gets frustrated with the flatness of the two dimensionality of the photograph. I was surprised by the question – to me that flatness is seductive, and I love the physicality of the print. I like the work to sit right on the edge between representation and abstraction, illusory 3-dimensional and 2-dimensional object. So yes, I am very particular about material and craft. It’s important to me, for example, that the sun photographs are produced via a mass-market process – 4” x 6” Kodak “Easy Share” machine prints (Kodak actually calls them this) or that Broken Sets (eBay) are digital c-prints on metallic paper – the sheen and luminescence of that paper lends to the coolness of the subject matter (the technological breakdown derived from images of broken electronic displays sold on eBay).

Penelope Umbrico is featured in the show Social Media at the Pace Gallery Opening Tonight!

To see the rest of the interview in print { www.conveyormagazine.org }