There is a precious physicality to the photographs Laura Plageman constructs. Wavering between image and object, her recent series Response, engages the sculptural materiality of image-making. 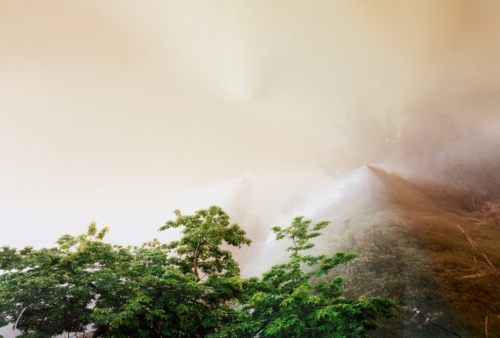 Trees and Fog, California 2011 from the series Response

Starting with the photographic print, Laura folds, bends, and creases the image into a sculptural metamorphosis of subtle manipulation. The evidence of this process holds a stark sentiment, like the folds of an old love letter turned over and over in the hand of the recipient. 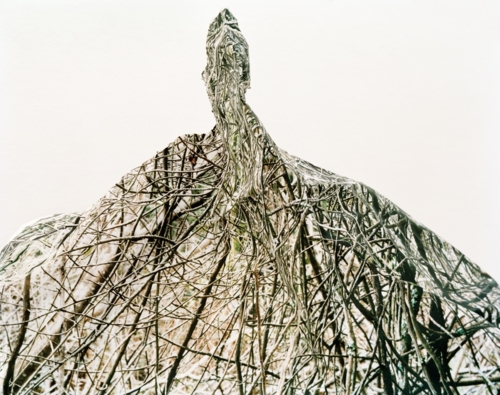 Thicket, 2006 from the series Response

Out of intrinsic artistic frustration, Response, was born.  While in her studio, Laura found herself at struggle with the direction of a new image, so she pulled it from the wall and began re-working it as a still life. The dimensional possibilities of these reformed landscape give new life to an already rich image. The rolling green hills form an animated line of blooming teeth. 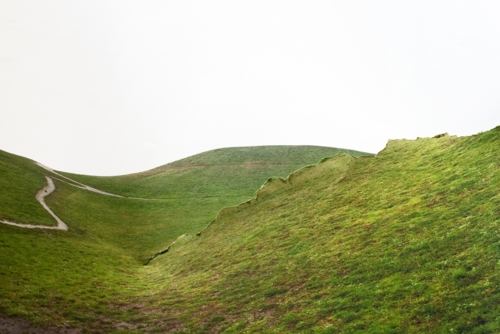 Or the bursting vines of a Kudzu plume, turn to a cyclone of three dimensional movement. 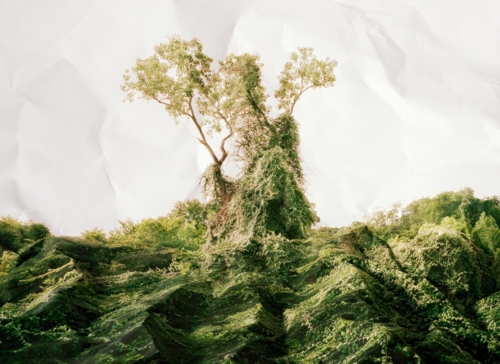 Kudzu, Texas 2010 from the series Response

The series Response, speaks to Laura’s fascination for such densely aggressive landscapes, and the psychological impact they can have on people. More so, when infiltrated or disrupted by the effects of human contact, Response, holds environmental undertones.

Referencing the invasive species Kudzu, while visually lush, the dark contrast of its beauty lies in the invasiveness of its species. Growing up to a foot a day, its dense blanket smothers everything in its path with a heavy shade. Response reminds me of a stance from a poem by writer Beth Ann Fennelly:

Kudzu sees a field of cotton,
wants to be its better half.
Pities the red clay, leaps across
the color wheel to tourniquet.
Sees every glass half full,
pours itself in.  Then over the brim.
Scribbles in every margin
with its green highlighter.  Is begging
to be measured.  Is pleased
to make acquaintance with
your garden, which it is pleased to name
Place Where I Am Not.
Yet.  Breeds its own welcome mat.

Like Kudzu, Laura work draws from an almost somber beauty of such stark contrasts. There are remnants of something more in her photographs, seen in the subtle clues and gestures of melancholic attraction. 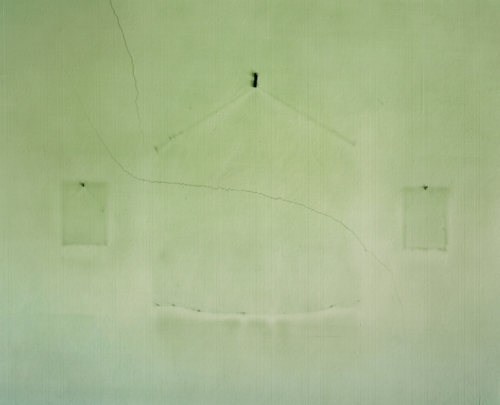 The formal qualities of some images, paired with the slightness of manipulation in other others, resonate with a sense of mystery. Each landscape is approached with the same sincerity for contact with the natural world. Be it a tactile need to interact with the image once its created, or more so in the decisive moment, Laura is writing her own the rules. 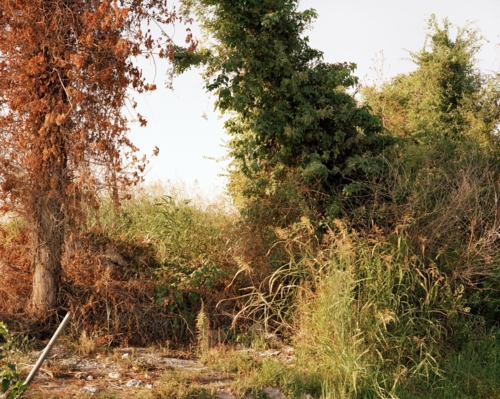 Her photographic process involves both traditional and digital tactics. Shooting mainly large format, physically altering, and then printing digitally for pliability, Laura considers experimentation’s invaluable to the process. She received her MFA from the California College of the Arts and now lives and teaches in Oakland. 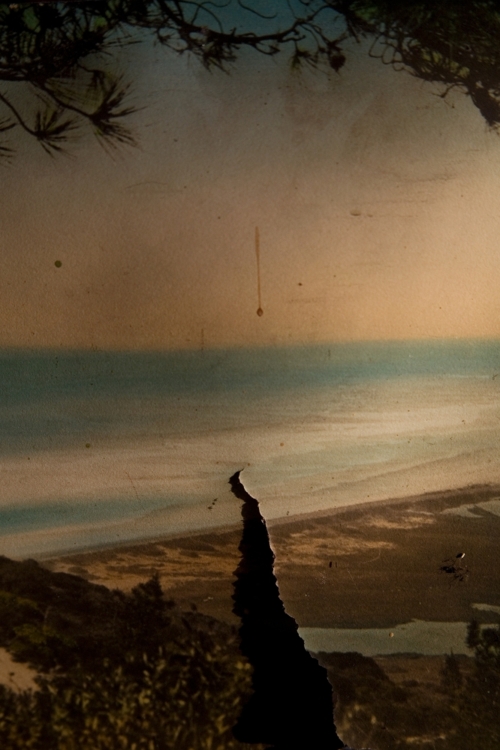