Upon a second visit to see the Cindy Sherman Retrospective at the MoMA this week, I discovered this delightful film and several photographic collages created early on in her career. They are obscure and less circulated than the Film Stills and other iconic images by Sherman, and so I wanted to share it with you all. Hope you enjoy!

Lately, in addition to the still photographic image, we’ve been contemplating the relationship between the moving image and the photograph. And quite soon we’ll be launching a series on the Conveyor blog that investigates work that is tangential yet still related to photography through its visual manifestation, aesthetics, content, thought process, etc. So stay tuned, and for now, enjoy Frances Stark.

My Best Thing, by Frances Stark, is a feature-length animation constructed from a series of conversations and relationships within online video chats.

Divided into 10 episodes, the video’s structure takes on the form of a mid-afternoon soap opera that chronicles the conversations of Stark herself, age 44, with two younger Italian men in their mid-twenties. The script is from original conversations with these two characters using an online video chat platform.  Using xtranormal.com, an online company that animates text-to-speech, Stark gives their dialogue a voice, albeit a rather monotone and character-less one. The computer-like flat-toned utterances protect the anonymity of the men — the only clue to their identities is computer generated Italian accents.   These two avatars engage in sexual play as well as discuss politics, film history, and their personal lives. Ducking in and out, from the purely sexual into the deeply personal. Philosophical moments reach their rise in lines such as “I think that from sexual attraction can be born an idea”, originally written during their discussion of potential collaboration on a project.

While their voices leave no sense of expression of emotion, occasionally a batting of the eyes or a twist of the hips clue us into their feelings. Mispronunciations caused by errors in the software and irregular dynamics in the flow of speech add a layer of humor that points towards the possible absurdity of digitized communication.

My Best Thing made its debut at the 54th Venice Biennale, and is currently on view at MoMA PS1 through the end of March 2012.

I finally dropped by the Museum of Modern Art to check out the PRINT/OUT show, Located alongside the Cindy Sherman Retrospective on the top floor of the MoMA, PRINT/OUT is what one might expect from a museum showcasing their collection of a particular media. In this case, the media is print.

Overall it wasn’t as stimulating as some other design shows I’ve seen lately, particularly the Graphic Design: Now in Production recently exhibited at the Walker Art Center and coming soon to New York. Maybe it’s because print, and print-making, is a medium that begs to be touched. It is full of texture and process, and oftentimes the final product doesn’t give clue to the complexity that went into creating the work.

There were some definite highlights, for me Felix Gonzalez-Torres, Kara Walker, and Marina Abramovićare always a pleasure. And Philippe Parreno’s glow-in-the dark prints, were really a great way to bring the two-dimensional art form into the realm of a sensorial experience for the viewer. And glow-in-the-dark art, is just, really really great. 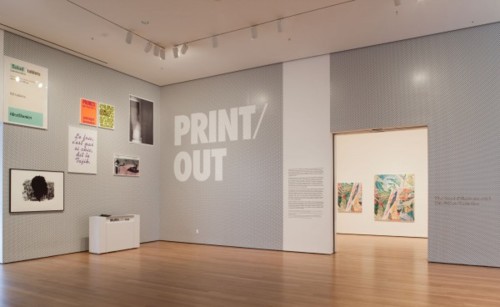 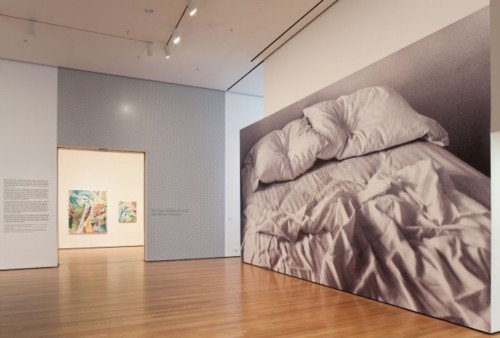 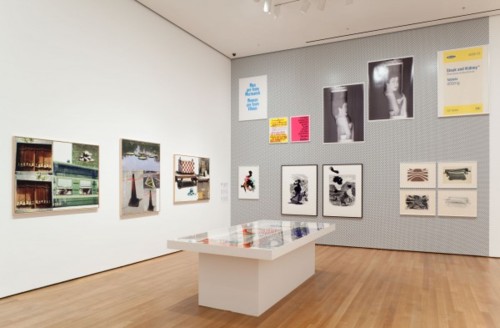 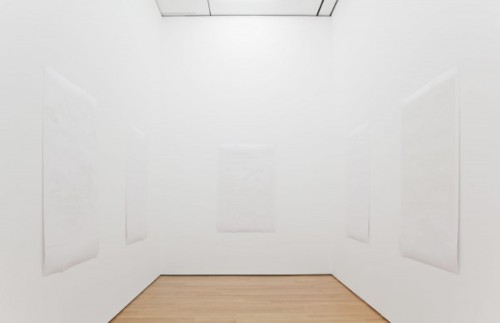 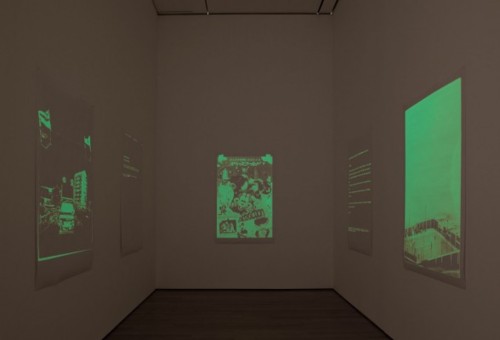 But the real gem of the show is the accompanying Print Studio and Millennium Magazines show at the the MoMA’s Lewis B. and Dorothy Cullman Education and Research Building. No, not just because Conveyor Magazine is featured. Well, maybe a little. But mostly because you can touch the art objects, leaf through the books and magazines. And even make your own books and zines. There is a lot of really exciting publishing-related programming organized around the Print Studio, including several collaborations with organizations such as the Reanimation Library in Gowanus and Triple Canopy.

Below are some images from the Millennium Magazines show. You should go. It’s free, and fun. Also, stay posted on the MoMA’s site { visit here } to see when there will be related programming with the Print Studio. 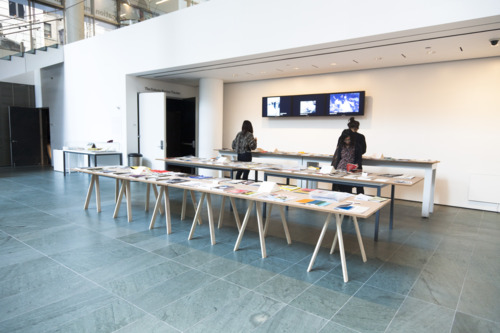 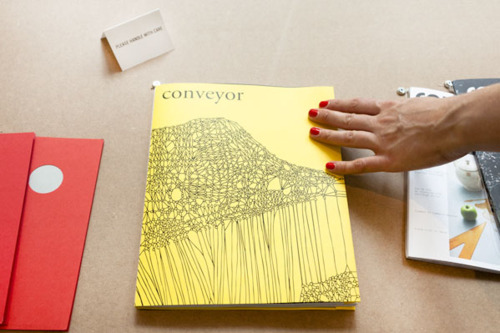 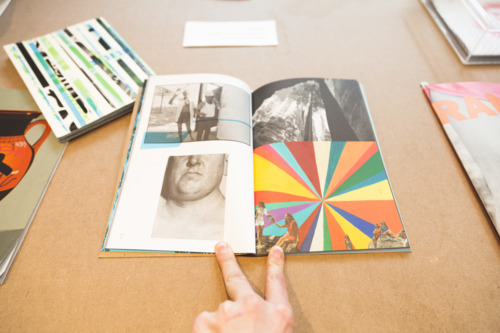 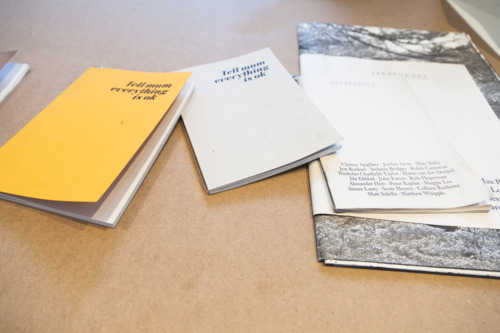 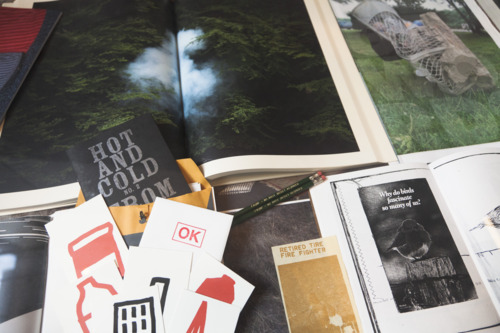 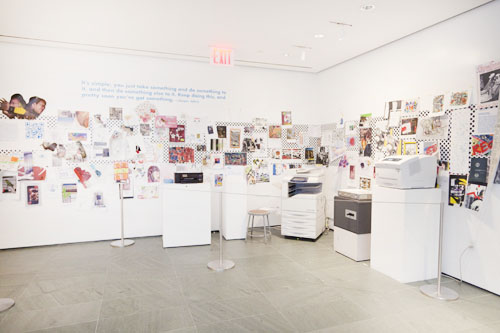 January 23–March 9, 2012
The Lewis B. and Dorothy Cullman Education and Research Building

Millenium Magazines
Organized by Rachael Morrison and David Senior of the MoMA Library.

February 22 - May 14, 2012
The Lewis B. and Dorothy Cullman Education and Research Building

And for publications included in the Millennium Magazine show, visit the link below:
{ www.moma.org/interactives/exhibitions/2012/millenniummagazines }

Oh and if you don’t have a copy of Conveyor Magazine yet, get your hands on one:

Cindy Sherman at the MoMA 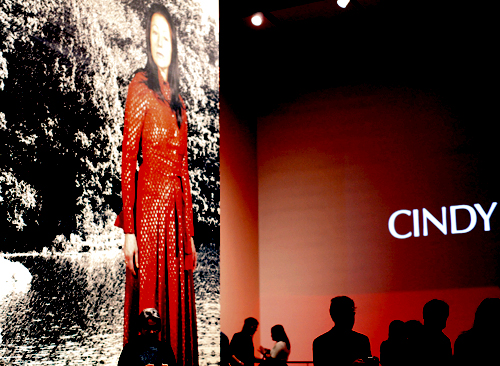 Last Wednesday, I had the pleasure of attending the event of the season: the opening reception of the Cindy Sherman Retrospective at MoMA. Amidst an impressive crowd, Cindy managed to be in every corner, haunting the walls with her penetrating stare and visceral costuming. 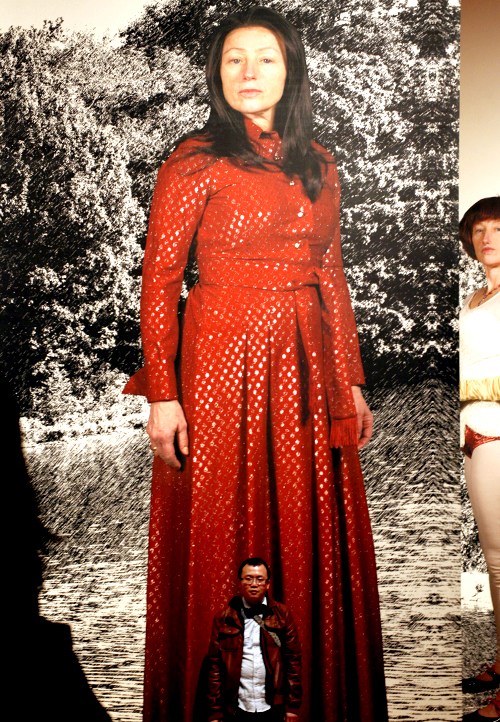 Thirty-five years of self-portraiture inundates the walls of the exhibition, including small vintage black and white prints from her groundbreaking series, “Untitled Film Stills,” and pterodactyl-sized decals installed directly on the outer walls of the entrance to the show. Upon walking through the rooms, it is clear that Associate Curator Eva Respini carefully engineered the mood of each period of Sherman’s career. 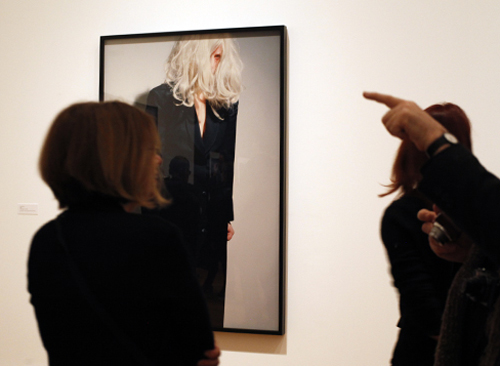 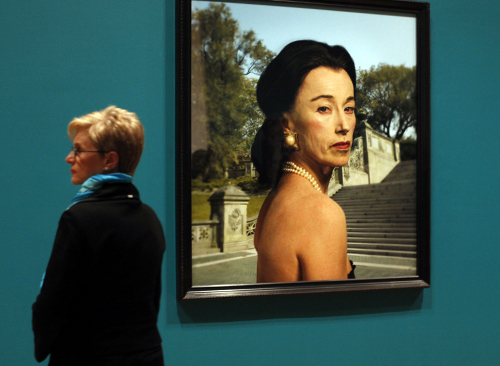 One particularly engaging room has a salon presentation of Sherman’s more painterly works, adorned with regal gold frames and hung upon a maroon painted wall.  The effect is transportive; the viewer feels for a moment like they are in a Renaissance painting chamber. 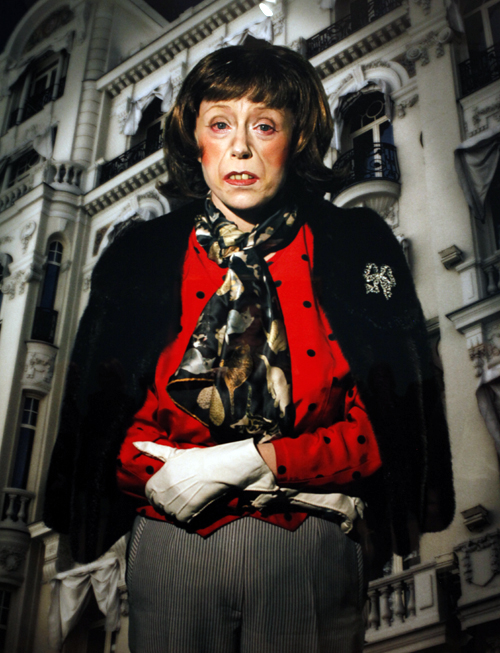 Although Sherman’s art has been deemed painfully repetitive and self-indulgent by some, her prodigious influence in the field of photography and contemporary art is undeniable.   Walking through the massive installation, the viewer can watch Sherman grow as an artist before their very eyes, and feel compelled by the sheer historical importance of Sherman’s work. 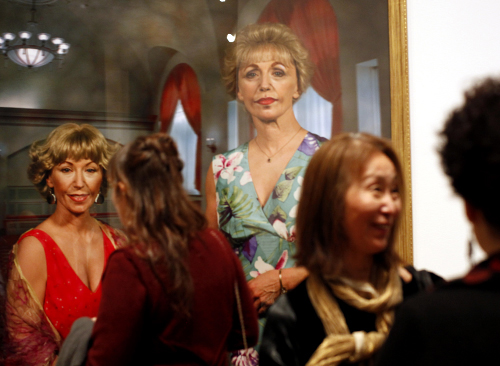 Cindy Sherman
Museum of Modern Art
On View Through June 11, 2012 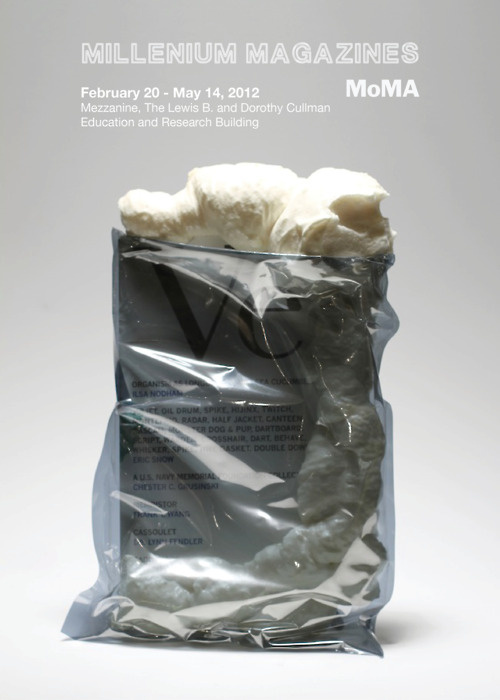 The editors of Conveyor Magazine are very happy, and honored, to announce our participation in the upcoming exhibition Millennium Magazines at the Museum of Modern Art { MoMA } in New York City!

Conveyor Magazine is a semi-annual publication dedicated to eliminating the hierarchy between emerging and established artists. The magazine includes a series of new photography projects, interviews, articles, and essays by writers and artists who strive to bring new ideas on photography to light. Conveyor is devoted to all aspects of the medium, embracing digital technologies while maintaining the unique dialogue that exists between a printed photograph and its viewer. The publication is lovingly printed and produced in-house at Conveyor Arts.

This survey of experimental art and design magazines published since 2000 explores the various ways in which contemporary artists and designers utilize the magazine format as an experimental space for the presentation of artworks and text. Throughout the 20th century, international avant-garde activities in the visual arts and design were often codified first in the informal context of a magazine or journal. This exhibition, drawn from the holdings of the MoMA Library, follows the practice into the 21st century. The works on view represent a broad array of international titles within this genre, from community-building newspapers to image-only photography magazines to conceptual design projects. The contents illustrate a diverse range of image-making, editing, design, printing, and distribution practices. There are obvious connections to the past lineage of artists’ magazines and little architecture and design magazines of the 20th century, as well as a clear sense of the application of new techniques of image-editing and printing methods. Assembled together, these contemporary magazines provide a first-hand view into these practices and represents the MoMA Library’s sustained effort to document and collect this medium.

Millenium Magazines
Curated by Rachael Morrison and David Senior of the MoMA Library.

Oh and if you don’t have a copy yet, you should definitely get your hands on one…