The 80*81 Book Collection is an 11-volume guide to the period between 1980-1981 told through a barrage of interviews, documents and photos. The second volume, California über Alles / October Surprise, by Christopher Roth and Georg Diez, is made up of two companion books bound together, like John Gossage’s The Thirty-Two Inch Ruler / Map of Babylon, so that neither book clearly comes first and there is no hierarchy. 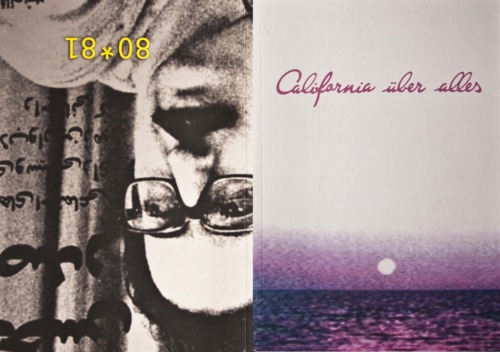 California über Alles, named for the Dead Kennedys’ single, surveys the power and influence of Hollywood through a mislay of ephemera, such as snippets of articles, interviews with Giorgio Moroder and Paul Schrader, film stills from movies such as American Gigolo, Little Darlings and The Tragedy of a Ridiculous Man and images of a mismatch of icons including Farrah Fawcett, Tatum O’Neal, Blondie, Matt Dillion and of course, Ronald Reagan: the man that brings California über Alles / October Surprise together. 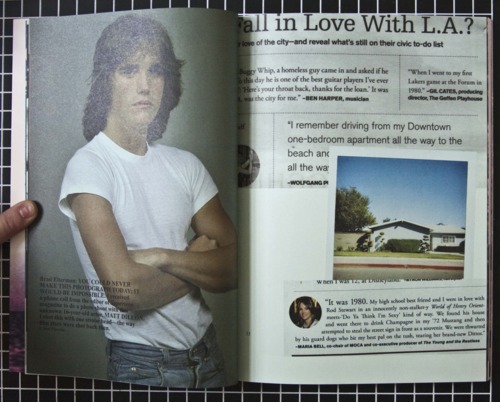 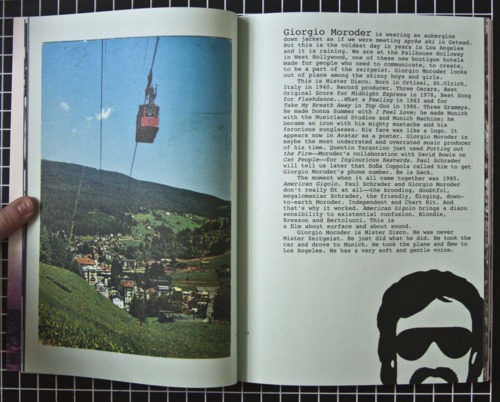 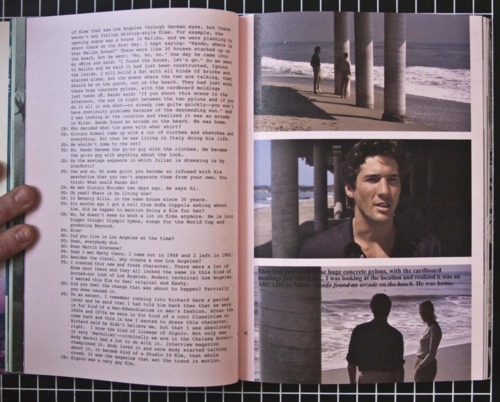 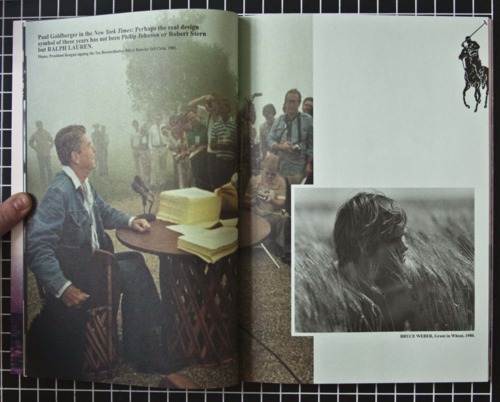 California über Alles becomes October Surprise, or vice versa, midway through book block, wherein the orientation of the publication reverses top to bottom.  October Surprise surveys the crisis surrounding American hostages in Iran and the election of Ronald Reagan through a disarrangement of clippings from Gary Sick’s October Surprise, interviews with Abol Hassan Bani-Sadr and images of Farah Diba and the Shah waterskiing, Mahmoud Ahmadinejad waving to supports, the 1980 Presidential Debates and Ronald Reagan riding a horse. 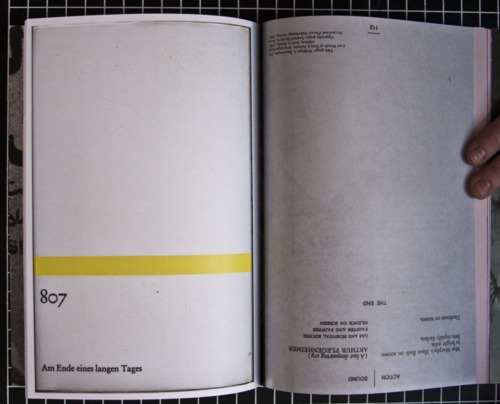 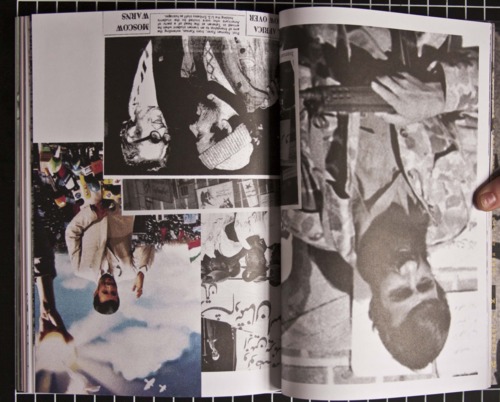 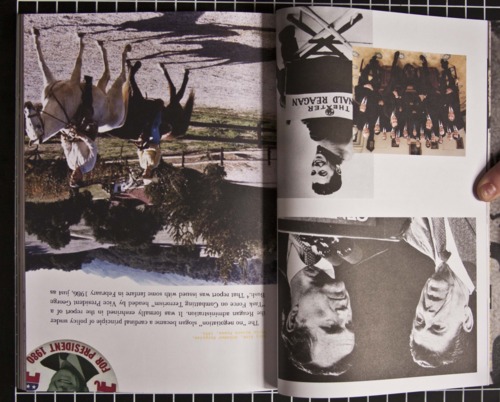 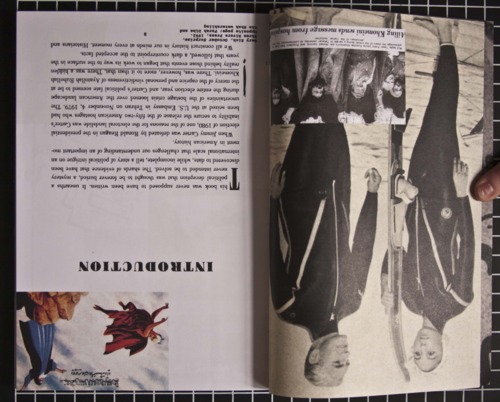 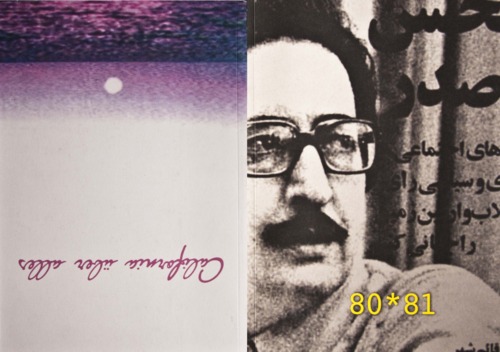 “If all the world follows Hollywood, Hollywood might as well rule the world.”