The Philadelphia Photo Arts Center will be hosting its third annual book fair on Saturday, May 5th from 12:00 - 6:00pm. There is already a great line up of local, national and international presses, publishers and artists who will be in attendance selling books, prints and other ephemera.

Some of this year’s participants include…

The Curated Table will include publications by:

And there will be Book Signings…

We highly recommend you rent a car, hop on a bus or opt for the train { most romantic mode of transport } and come to the PPAC Book Fair. It’s one of our favorites, mostly because it’s followed by a Philly Cheesesteak. And we get to hang out with all the other awesome participating artists and publishers. We hope to see you there!

MEGAWORDS at the Philadelphia Museum of Art

If you happen to be in Philadelphia this weekend stop by the Megawords Pop Up Book & Zine shop, organized alongside the Zoe Strauss exhibition. 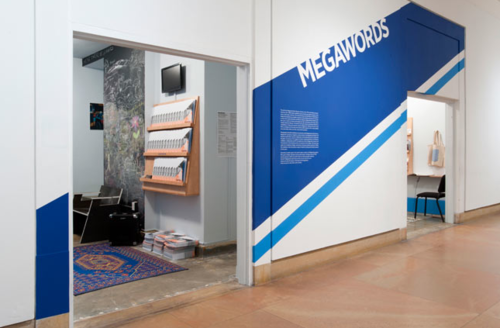 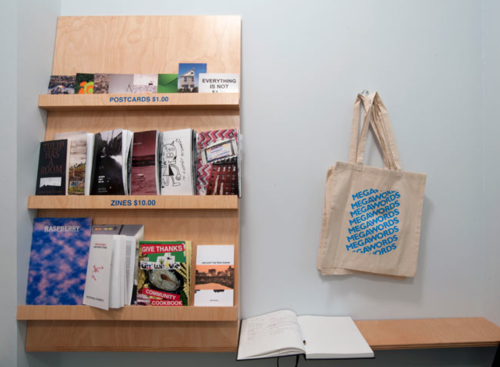 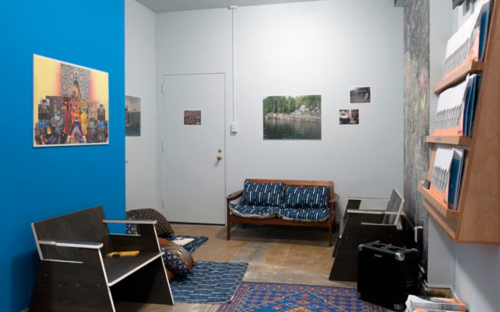 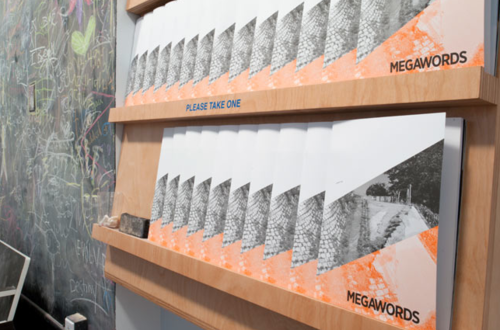 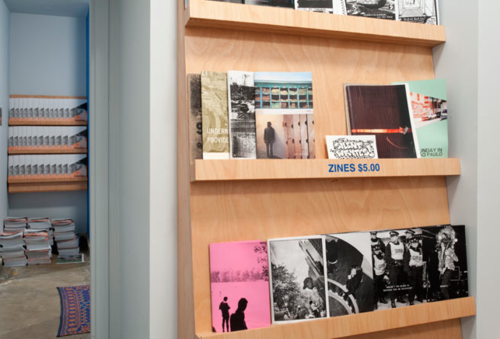 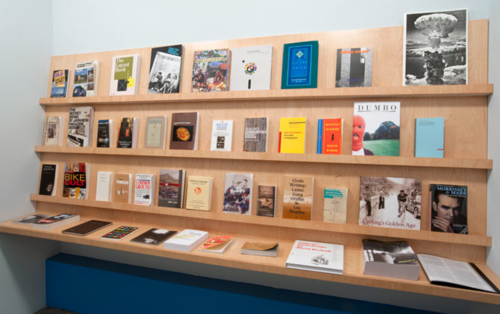 “The artist duo Megawords (Dan Murphy, American, born 1976; and Anthony Smyrski, American, born 1980) creates installations that are equal parts gathering space, event venue, artist studio, and store. The artist Zoe Strauss and the Museum invited them to design this installation as a satellite component of the exhibition Zoe Strauss: Ten Years, on view in the Honickman and Berman Galleries. Megawords has created a two-part zone in which to interact with people and offer alternatives to the ways visitors usually inhabit the Museum. The alcove presents publications that form a constellation of ideas and concerns central to Megawords’ thinking. To the left of the alcove is a workspace for the artists, and a site for public programs, but it is also available as an area where visitors can relax, read, and ask questions.

Photography and public installations are important to both Megawords and Zoe Strauss. Megawords’ eponymous magazine consists primarily of photographs by Murphy and Smyrski as well as their numerous collaborators, documenting life and art in cities across the globe. A new issue of the magazine has been created specifically for this Museum installation. Collaboration and DIY art projects are critical to Megawords’ practice, and the production of the resulting works is always as important as their display. They treat every aspect of an installation’s design, construction, and use as a relevant creative act. Within this installation, they will produce a range of materials including artist books by several of their peers.

Ownership of public space is the central matter at stake in all Megawords projects. Who gets to design, decorate, and use public places—including museums? Who has the authority to define how and for whom our cities and public institutions function? Megawords insists that we all do, but we must roll up our sleeves and literally make the spaces—both physical and imaginative—where we want to meet, think, work, and play.”

The Cut, And Other Works by William Larson 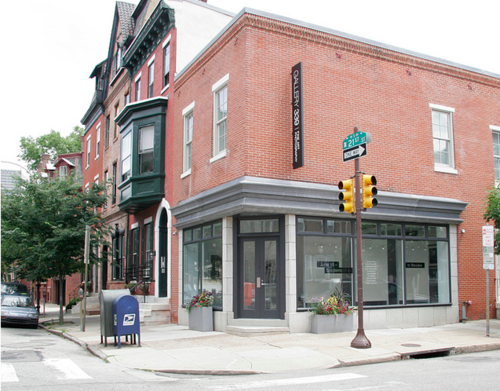 On the pretty little corner of 21st and Pine, in historic Philadelphia sits the 339 Gallery. A friend had recommended we visit, so Jason and I dropped in on the grey and snowy morning last Saturday. We were pleasantly greeted by the work of William Larson, an artist whose experimentations with strips of film were previously unknown to the both of us. I would tell you all about it in my own words, but the curatorial statement was so eloquent, that I’ve decided to share it with you, and stand in for my explanation of the works. 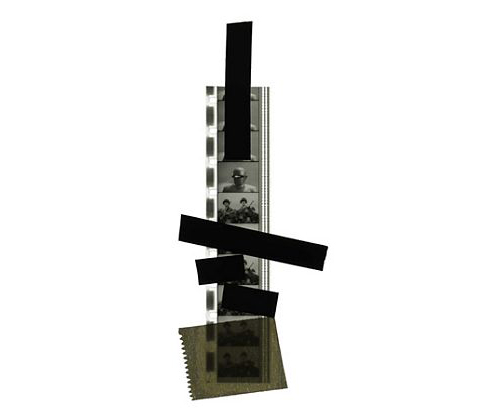 Series: “The Cut” From original film: The Day The Earth Stood Still, 2010 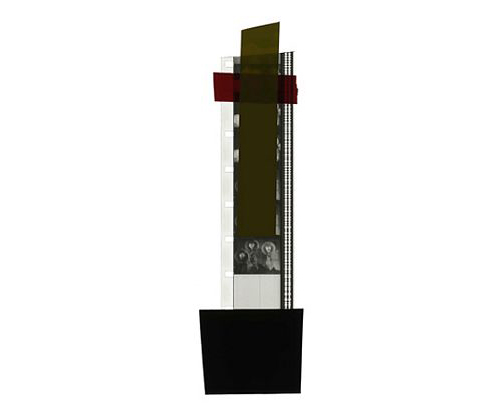 In a series of projects over the past forty years, William Larson has examined the intersection between cinema and still photography. Classic early work utilized a motor to pull film past a camera aperture, rendering a sense of motion and elapsed time in a still photograph. Recent bodies of work have conversely turned to the true nature of cinema—as a sequence of still images. Larson finds it particularly poignant to consider the shared characteristics of still and “moving” images as both lose their materiality to digital processes. With The Cut, Larson suggests a real weight and integrity to these myriad individual frames that comprise a film. Working with old industrial and feature films, he has sifted through many hundreds of thousands of frames to identify moments where visual continuity is broken. This instance of the cut or “edit” is a seamless and comfortable part of cinema, yet when the underlying frames are examined, it becomes something abrupt and surprising. Presenting these moments, these isolated frames, Larson creates new narrative possibilities. As he describes it, “scraps and remnants of old films are exhumed from their cinematic mooring and given a different path of expression and voice.” It is an elegy to the physicality of film, yet it is also a repurposing that revives film with perhaps unintended but provocative new meaning.

- Curatorial Statement, via the 339 Gallery 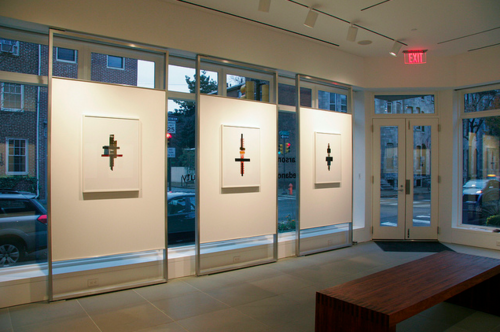 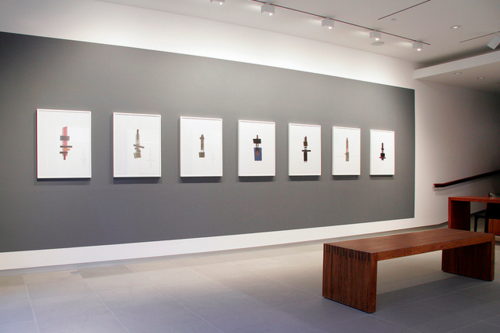 In addition the photographic prints, the exhibition includes a film, Serif: A Memoir by William Larson. The film was unfortunately not on view while we were there, but I’ve found a clip of it on Vimeo, so I thought I’d share. If anyone has a better version of the film that we can share, send us an email and let us know!

Finally, upstairs in the in the permanent collection of the 339 Gallery, I fell in love with an older body of work by Larson. Here are several pieces that I severely lusted after. 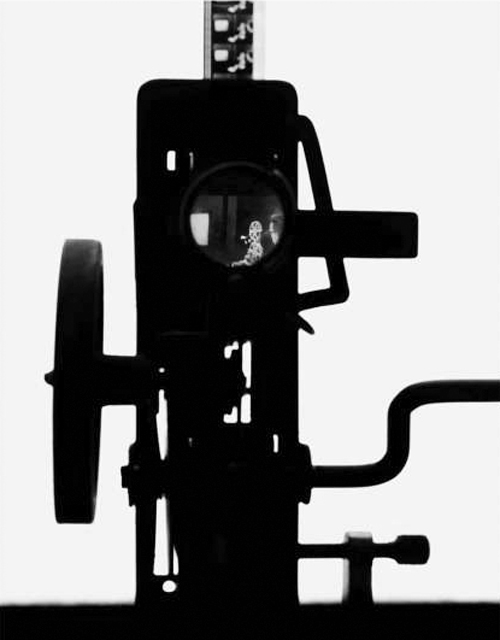 The Space Within the Outside World, 2004 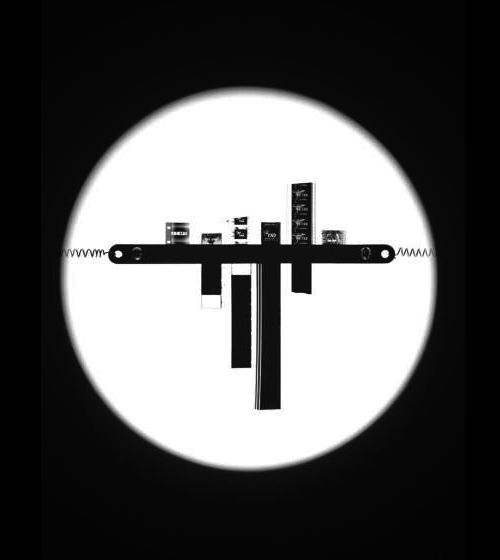 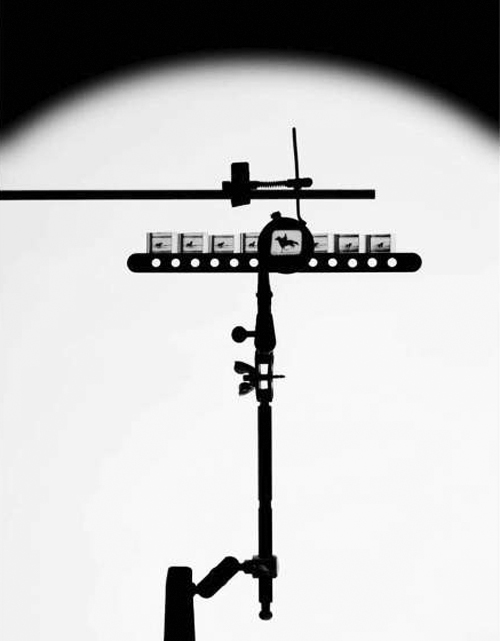 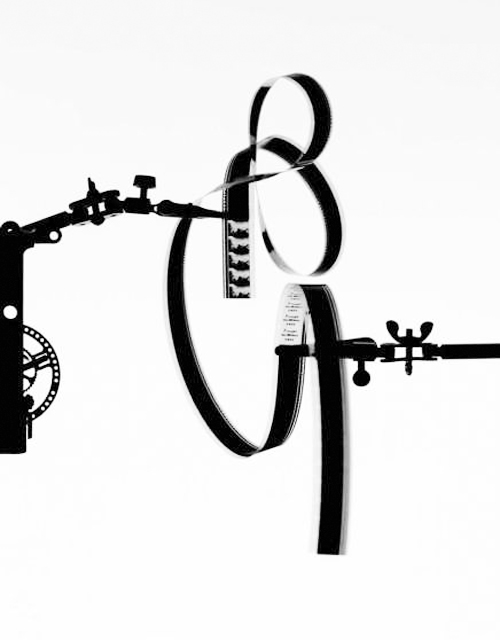 Last weekend, several of the Conveyor Magazine editors and I exhibited work in a show called Parts & Labor, a collaboration with the MFA students from Tyler School of Art at Temple University. Jason and I stayed on for the weekend to check out some of the photography galleries, the Philadelphia Art Museum and some smaller art spaces in the area. And of course, to indulge in the phenomena of the Philly Cheesesteak, which I am still dreaming about.

So, just a heads up, if it seems suspiciously Philadelphia-centric on the blog this week, it’s because I was bit inspired by our art wanderings over the weekend.

Hope you enjoy. And Happy Monday!